How to waste £6 billion: a story of Wales in Europe.

How to waste £6 billion: a story of Wales in Europe.

From 2000 onwards an aid package amounting to a little under £6 billion in its entirety was spent on the worthy and necessary goal of economic development in the Valleys and West Wales.

The recent release of data measuring GDP in these regions means we can calculate the effectiveness of the aid programme. In 2005 GDP per head of the population in the two areas, and expressed as a percentage of the European average, was 79%. The real shocker of a statistic is the fact that in 2009 things had got far worse- and that the same analysis yielded a GDP which was 68.4% of the Euro average.

The European Commission said it was disappointing that West Wales and the valleys had not managed to improve their prosperity.

Welsh Labour MEP Derek Vaughan said it was clear  the funding, known as Objective 1, were not properly managed.

The £6 billion that was wasted should, in any wellrun country, be the subject of a government inquiry. But since it was the Welsh Assembly government that administered the money that will not be happening any time soon.

How could Media Wales’ Chief Reporter who  specialises in controversial and investigative stories have missed this headline story? 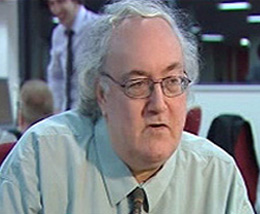 Perhaps he wants to forget his little excursion into politics……… 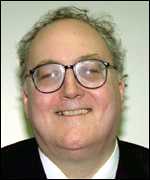 Journalist Martin Shipton represents one of the more unusual entries in the race for the Ceredigion by-election.

Mr Shipton, 46, is the chief reporter of the newspaper Wales on Sunday, and is standing as part of the paper’s campaign to raise the profile of the issue of match-funding for European Objective One grants.

Wales has qualified for Objective One funding – the highest level of European regional aid – but it will not be paid unless UK government money is added to it, and there has been controversy over whether this will happen.

The newspaper says the candidacy is aimed at concentrating people’s minds on the need to secure match funding from the Treasury, although they would not expect people to actually cast their votes for Mr Shipton.

Mr Shipton comes from Fishguard in the neighbouring constituency of Preseli, Pembrokeshire.

……and he was also busy writing his so-called seminal work (paid for by the taxpayer) on the Welsh Assembly…which was apparently cobbled together using his own biased reporting and plagiarising other newspaper articles.

Welsh independence.
View all posts by mrorigami2013 →
This entry was posted in Uncategorized. Bookmark the permalink.